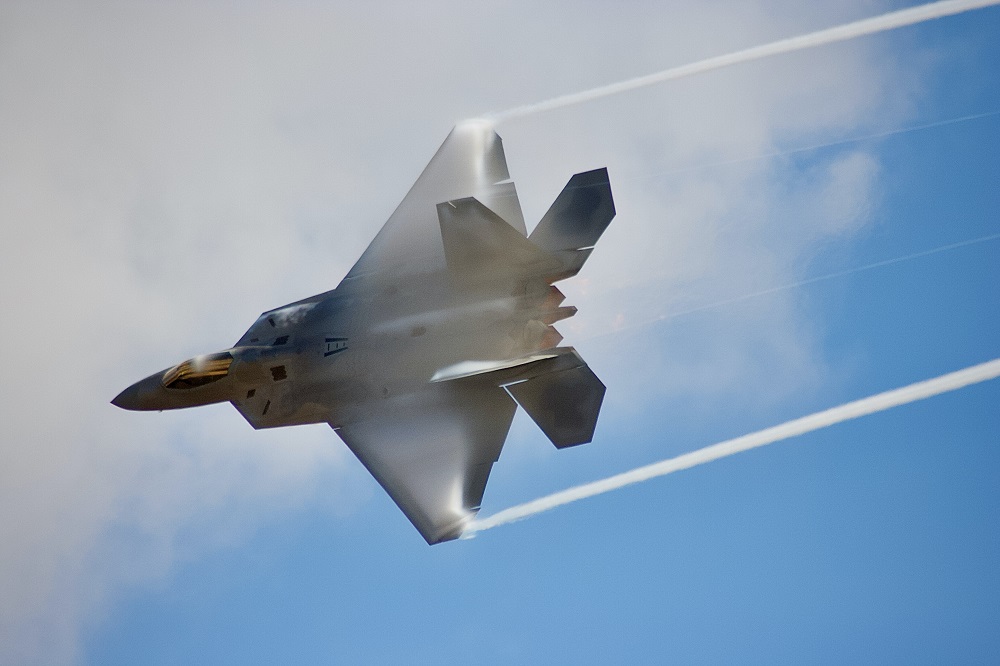 Having overviewed the EU Defense industry in our research European Defense Industry 2021: Challenges and Trends, let’s take a look at the situation in the US. What are the consequences of the COVID-19 pandemic for the aerospace and Defense realms? What new developments is the Department of Defense working on now? And what threats and difficulties they’re dealing with this year? Read further to find answers to these questions.

In terms of establishing the year’s budget, we can see the same trend as most European countries have in 2021 – reducing budgets for Defense by several percentage points. Thus, according to Congressional Budget Office, the US Defense Budget is $706 billion, which is 4% less as compared to 2020. Future Years Defense Program (FYDP) covers a 5-year period, from 2021 to 2025, and implies allocating $637 billion for the main budget and $69 billion for emergencies.

Post-Pandemic US Defense Industry: What Has Changed? 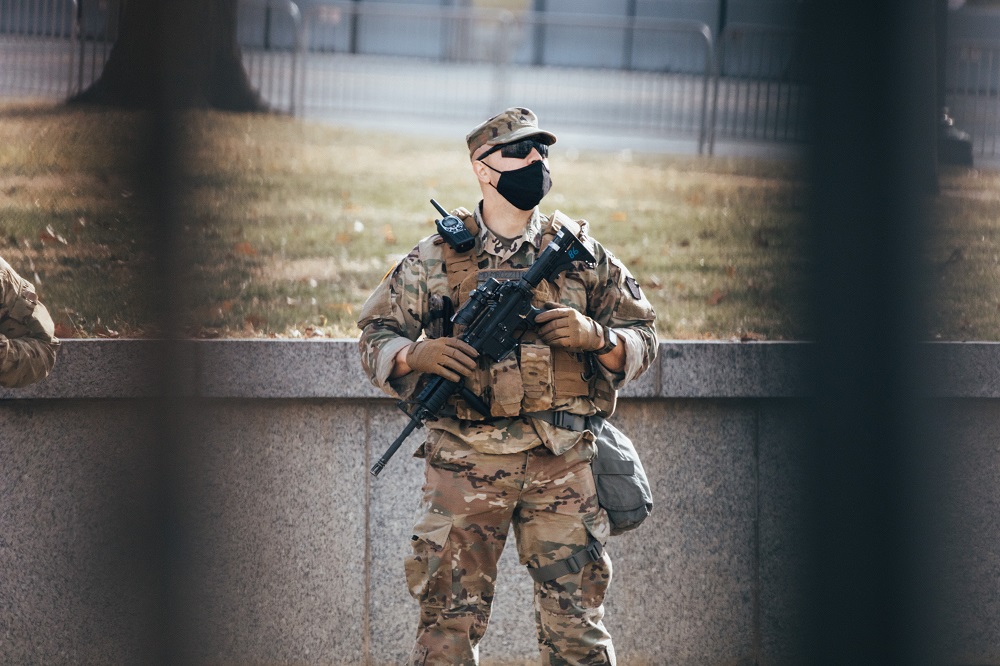 The Biden administration engaged about one thousand troops to assist in coronavirus disease vaccination at the beginning of February 2021. The military personnel is expected to make about 450,000 vaccines a day. In March, the Defense Department deployed some more officials supporting the Federal Emergency Management Agency to facilitate vaccination. Totally, the Defense Department has determined about 6,235 military employees to work for COVID-19 vaccination centers. But at the moment, 17 teams with more than 2,200 personnel are engaged in assisting coronavirus disease vaccination efforts.

Similarly to other countries, American military officers are helping the medical and civil domains not only in their vaccinating efforts but also in researching the pandemic’s impact and fighting its consequences.

Defender Europe 20 is the biggest military exercise since 1995 that presents the deployment of American military forces in Europe. The event foresees the participation of more than 20,000 US soldiers on the territory of Europe. The event was planned to be conducted in 2020 but due to the COVID-19 outbreak and pandemic restrictions in most European countries, it was cancelled and postponed till 2021. 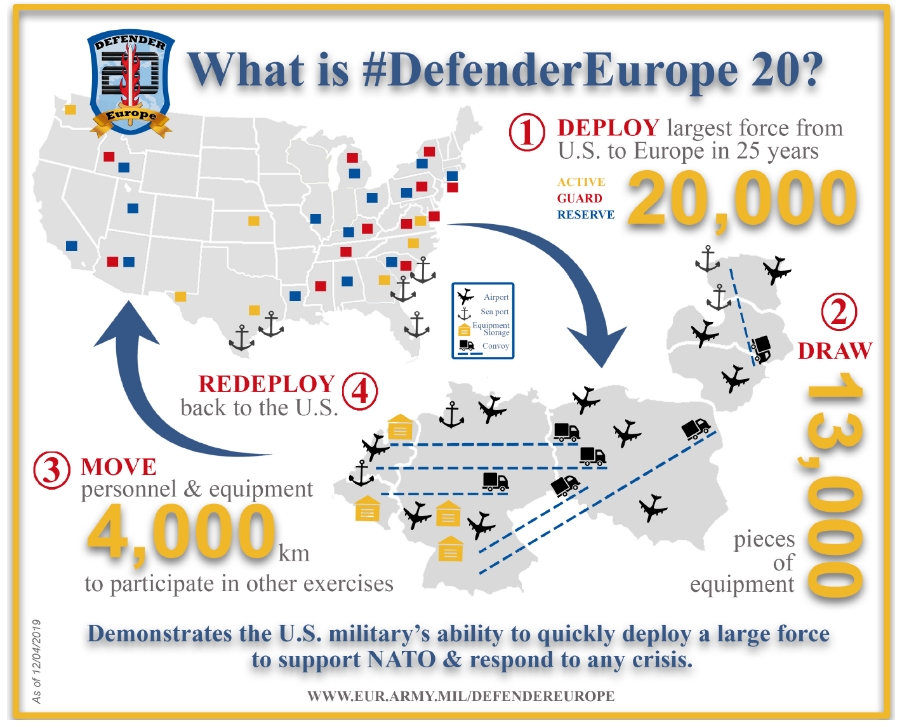 At the moment, the army-led NATO exercise is at its initiation stage: the army and equipment are being transported to Europe. The exercise itself will run from May until June 2021 taking all quarantine measures into account. The event is gathering about 30,000 nations in a dozen countries.

Biden has specified climate change as a national security issue, and not for nothing. It’s a kind of vicious cycle: the Defense industry negatively affects the environment, and the environment, in turn, puts a lot of military operations at threat.

Protecting the Military Against Climate-Related Damage

As reported by the Department of Defense, climate change put about two-thirds of the military installations in jeopardy. The DoD was forced to allocate $67 million to reconstruct bases in the fiscal year 2020 after the devastating impact of the weather conditions: overflows, hurricanes, and fires. And this happens year by year.

“We know first-hand the risk that climate change poses to national security because it affects the work we do every day,” said Secretary of Defense Lloyd J. Austin in his recent statement.

Protecting the Environment Against the Military’s Carbon Footprint

At the same time, the Defense industry is regarded as the biggest energy consumer, and therefore, it contributes to climate change to a greater degree than other dimensions.

The statistics show that as of 2017, the Pentagon was producing green gas than the whole countries. See the data per country in the picture below. 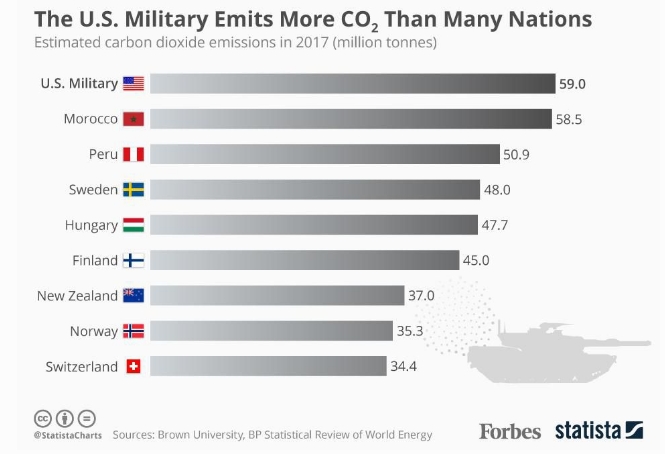 The state has hardly improved, which is why some serious measures have to be taken to tackle the climate crisis as a result of the Defense industry’s devastating effect.

At the end of 2020, the US House and Senate identified the final version of the 2021 National Defense Authorization Act. According to it,

From now on, the National Defense Strategy will also incorporate analyzing climate change and developing ways to resist it and improve the situation.

Besides, president Joe Biden has signed The Climate Crisis Executive Order that implies developing and implementing approaches to handle climate change by

Biden obliges The Secretary of Defense together with other parties interested, to provide the results of the security implications of climate change (Climate Risk Analysis) investigation. It should be then incorporated into modelling, simulation, wargaming, and other analyses. Besides, by this order, The Secretary of Defense is also obliged to examine the climate change security implications in developing the National Defense Strategy, Defense Planning Guidance, Chairman’s Risk Assessment, and other documents and keep them up-to-date by reporting climate change research results annually. 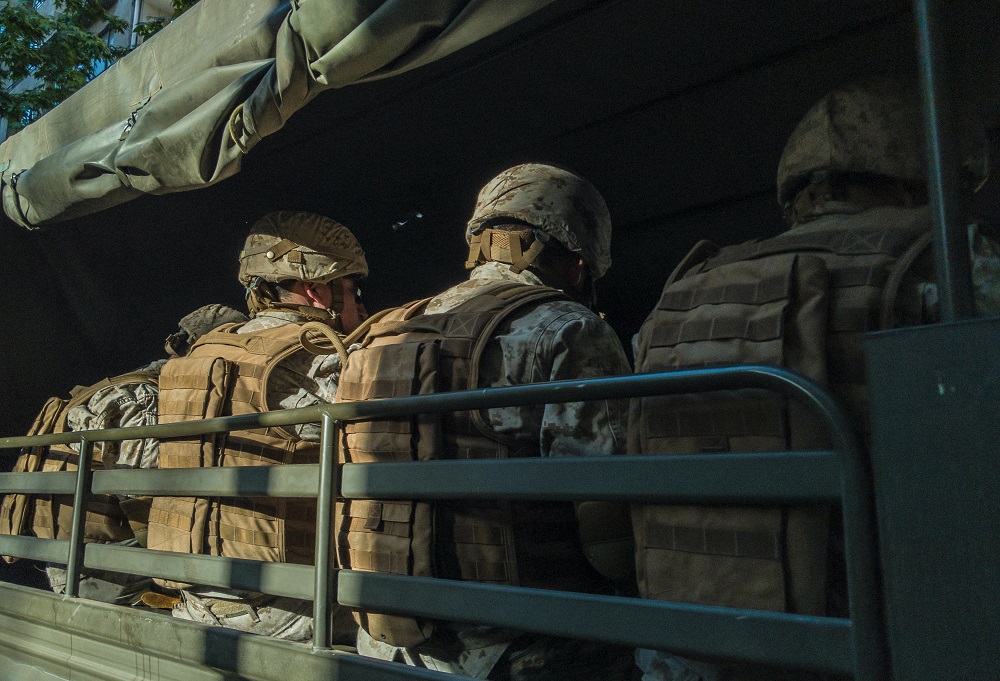 The US Defense officials submitted a request to participate in a project on military mobility as part of the Permanent Structured Cooperation (PESCO) process. The project’s goal is to improve cross-border military operations by ensuring a barrier-free movement through the EU borders. The request has initially been approved, and the US will probably join the initiative for enhancing military transportation efforts on the continent. This is the first time when non-member states take part in PESCO projects. This event will probably become an initiation point that will lead to a more close and fruitful collaboration between the EU and the US.

At the beginning of February, Beiden signed the New START Treaty 5-years expansion with the Russian Federation. The agreement establishes the limits of intercontinental ballistic missiles (ICBM), submarine-launched ballistic missiles (SLBM), and heavy bombers until February 5, 2026. Besides, the document also implies monitoring the compliance of the parties with the deal and each other’s nuclear posture review. The agreement is considered to be a significant step in ensuring stability and safety in periods of uncertainty.

Technological Developments in the Defense Domain 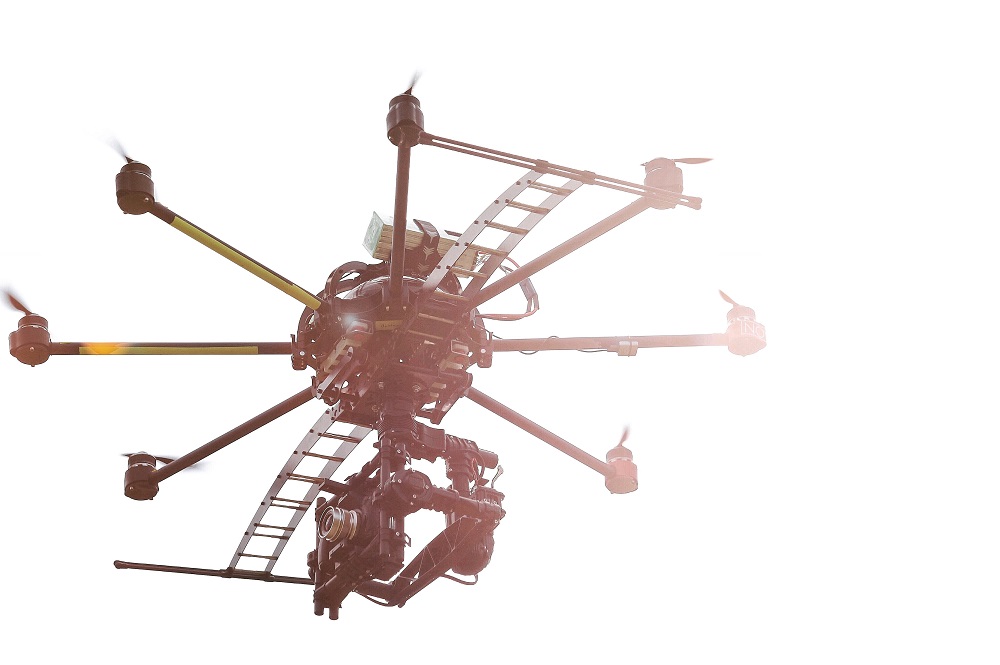 Despite the harmful effect of the pandemic that has resulted in a disrupted supply chain and a lot of uncertainty, technological developments in the US Defense sector are still on the go.

Competing with China and Russia for Hypersonic Weapon Development and Testing

According to The 2018 American Defense strategy, a hypersonic weapon, together with AI and biotechnology, are one of the necessary conditions of the US’s ability to “fight and win wars of the future”.

The US, China, and the Russian Federation are of course not the only ones but are regarded as leaders in producing hypersonic weapons. This and other political aspects have created grounds for these three countries to compete for superiority in hypersonic weapon production.

As stated in the Congressional Research Service report, the Pentagon has requested a budget of $3.2 billion for the fiscal year 2021 for hypersonic-focused research, including $206.8 million for hypersonic Defense programs. Check out the total funding for the elaboration for the period 2015-2014 in the graph below.

As distinct from the above-mentioned rivals, the developments in terms of hypersonic weapons by the US will be more challenging to implement because they don’t use a nuclear warhead and require better accuracy.

At the moment, the Department of Defense is working on the hypersonic weapon as part of the Navy Conventional Prompt Strike program. This missile is a combination of a hypersonic glide body moving at hypersonic speed and a booster that launches the glide body into initial flight. It will be used by both the Navy and Army.

The DoD scheduled three testing programmes for the beginning of 2021 and further launching in 2023, but at the moment, some challenges have arisen on the way to the efficient testing of this kind of weapons. According to recent news, the testing is at risk due to test range limitations. They planned to make 40 tests throughout 5 years, but the single long-range flight-test corridor is not enough for this. Thus, the industry will have to make a choice: either to prolong the testing period or find other opportunities for testing in an attempt not to lose the hypersonic weapon race.

The development of artificial intelligence cannot be called a 2021 trend because it has been researched for many years already with some success and failures. Let’s see in what areas the technology is utilized by the DoD.

AI: Areas of Use in Defense

Based on the Congressional Research Service report about AI in Defense, we distinguish the following areas of implementing artificial intelligence in the Defense realm:

Many elaborations in the military field are a result of the attempts to adopt AI technology from the commercial dimension. Though, there are a lot of barriers to this way: for instance, some companies refuse to cooperate with the military for ethical reasons. Besides, the technology itself cannot be just borrowed, a lot of modifications and testing should be done before implementing it into military operations.

In the realm of artificial intelligence, the main competitors of the US are China and Russia. As they strive for superiority in technology development, some other challenges arise. They touch not only the speed and success of the elaborations but also the potential threat of utilising the existing technology against the country that has created it. Thus, the US has imposed some restrictions on China regarding AI as far back as 2017. A security-wise decision of former president Donald Trump was to prevent a China-backed investor from buying an American semiconductor maker. This, in turn, could lead to some negative consequences.

The research and production of drones in the military branch is not the US trend anymore as they switched their attention to counter-drone systems. According to the Congressional Research Service, in the fiscal year 2021, the Department of Defense (DOD) is going to allocate more than $404 million on counter-UAS (C-UAS) research and development and more than $83 million on C-UAS procurement. This is explained by the enormous popularity of drones in many spheres and not only the world’s trend of utilising drones in military operations. The fact is they’re very difficult to discover and trace, which is why they can be considered as a national threat if they fall into enemies’ and criminals’ hands.

In 2021, the US Defense industry is primarily focused on: