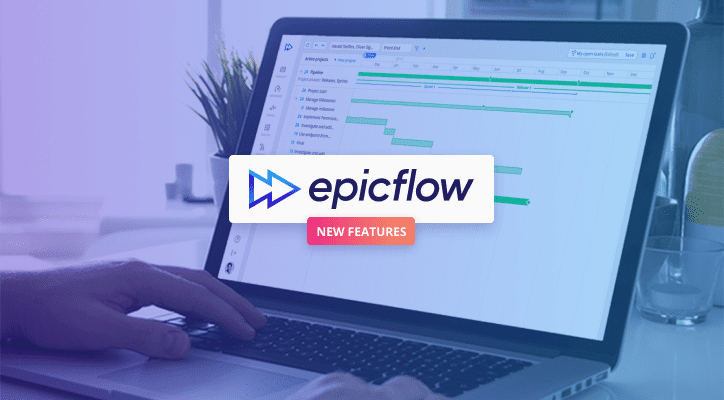 Our team keeps working on improvements to our system’s functionality to make the process of managing projects even more efficient and streamlined, as well as optimize user experience. This summer, we are ready to present several new features: Budget Task and Budget Distribution make it easier to plan and monitor the project flow; the Generic User feature works as a backlog for the tasks that have no available resources to assign to; and Meeting View shows the tasks performed by selected users, which is a useful tool in conducting meetings. Let’s consider them in detail.

Generic User: Keep the Tasks Without an Assignee

Generic User feature serves as a temporary solution when there are no available resources to assign to a task. For example:

Generic users can’t have any capacity, but project managers can assign skills and tags to them as well as assign them to a certain group. In other words, a generic user is a backlog that keeps tasks without an assignee. 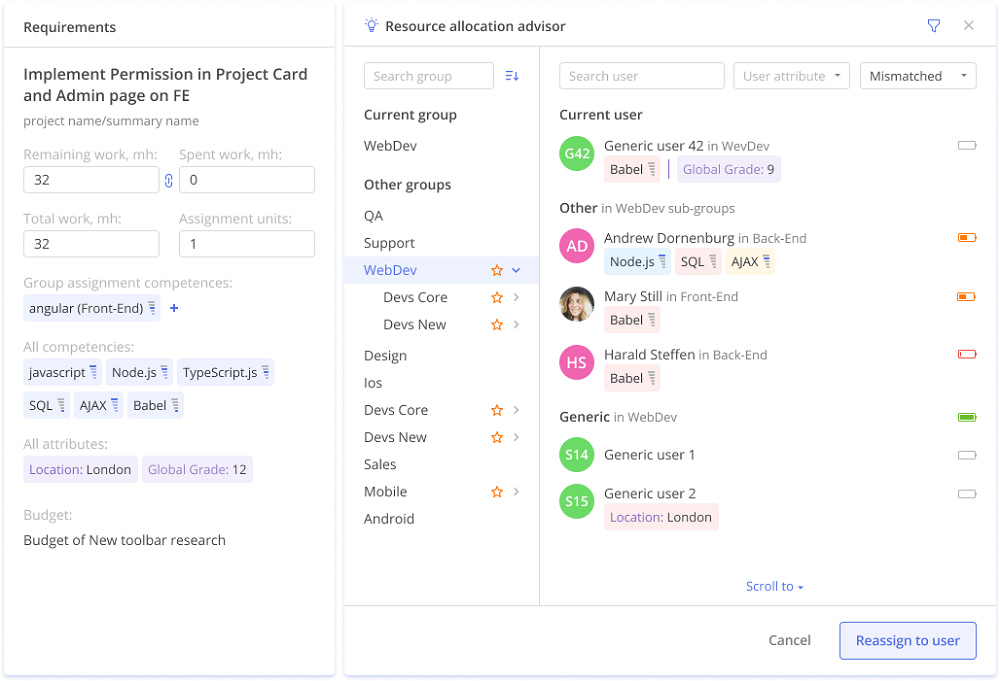 After the user has been created, you can add it to ONE of the following groups:

Budget Task: Plan and Monitor the Amount of Work Allocated for Project Tasks

Budget Task feature indicates a certain part of work that has to be completed within the scope of a project. It consists of a series of smaller tasks. The purpose of the Budget Task feature is to help project managers plan and monitor the amount of work required for completing the project tasks.

It can be created both at project and summary levels as well as assigned to a group.

As long as it’s assigned to a certain group, all the tasks in this summary/project assigned to a similar group will consume a part of the allocated budget.

There can be several budgets at one level.

The system shows the following time estimates of a budget task: 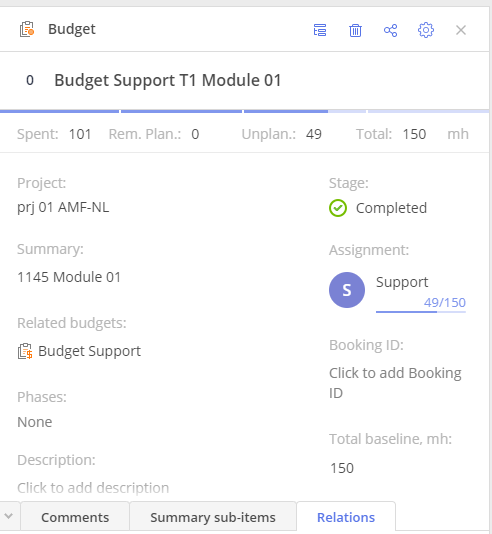 This feature is closely related to the Budget Task: after the budget (i.e. the number of manhours) for completing a certain part of work has been defined, you can use the Budget Distribution feature to determine how much work will be performed by each of the assigned resources. For example: a project manager allocates the budget and assigns two resources for completing certain tasks. In turn, a team leader distributes this budget between the assigned team members, i.e. he/she should decide how much work each team member will perform. 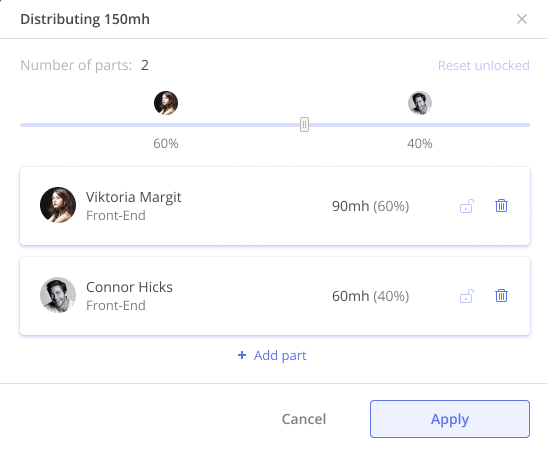 Afterwards, if a project or a resource manager decides to assign a task to an employee, they will be offered budgeted users first; however, it’s also possible to allocate resources outside this list.

Thus, Budget Task and Budget Distribution features work like work breakdown structure: they help project managers divide the project into smaller parts consisting of certain tasks, and determine how much of the necessary work will be performed by the assigned resources.

The Meeting View feature is a perfect solution for conducting team meetings, standups or various discussions with multiple participants: it allows you to create an environment where you can select a list of certain users and view their current, recently completed, upcoming tasks as well as and task-related information: hours spent and left, the projects these tasks belong to, assignments, etc. The list of participants is ordered automatically in line with the alphabet, but you can create it manually depending on the order you need for a certain meeting. The tasks are sorted by priority by default, but you can also sort them by name.

The Meeting View feature is critically important for remote teams: for example, during standups, it’s easy to discuss the tasks team members are working on and track their progress; the list of a team member’s tasks is visible to others, so the rest of the team can comment on some points and discuss any issues that may arise. It’s worth noting that the Epicflow team mostly consists of remote workers, so we use it regularly during standups, meetings or other video calls to make them more efficient. 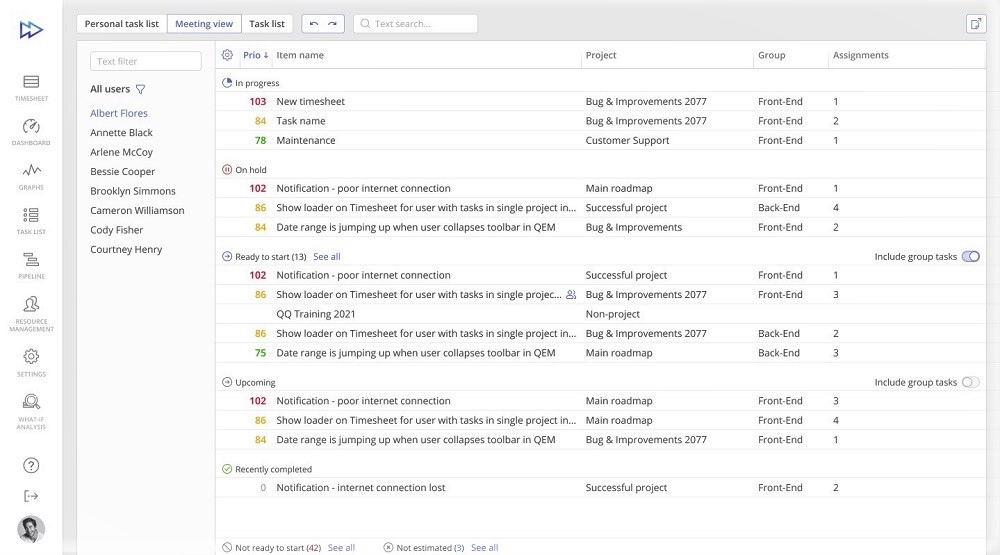 We at Epicflow keep our focus on continuous improvements to our software, taking into account our customers’ needs, preferences and applying cutting-edge solutions. If you want to learn more about our new features and step up to more efficient and well-coordinated project management, you are welcome to contact us.