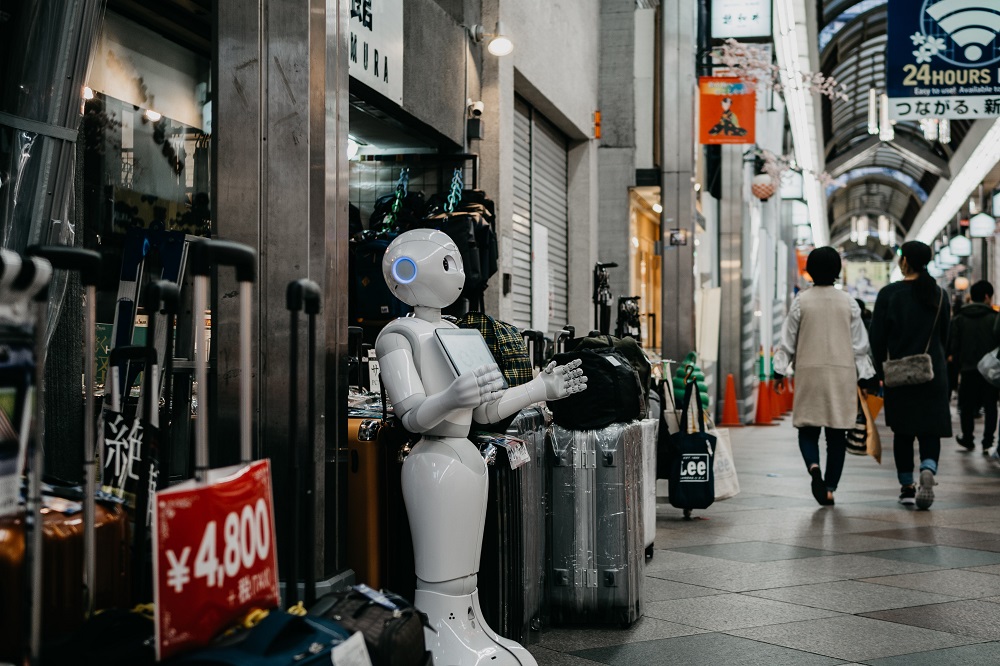 We are witnessing the time when technology is developing faster than some people are able to adapt to these new conditions. We may haven’t even noticed how much automation surrounds us every day – paying for everything from a smartphone, living in a smart home, “communicating” with chatbots, storing images and documents in the clouds – all these things may seem if not like science fiction, but at least something from the distant future a couple decades ago. Even more remarkable is the impact of new technology on business and industries, which is now called the Fourth Industrial Revolution that is driven by four specific technological developments: high-speed mobile Internet, AI and automation, the use of big data analytics, and cloud technology. But with changes come challenges: as the smart technology becomes mainstream, it becomes clear that it will reduce the number of workers required for certain tasks both in manufacturing and in other sectors of human employment. Let’s consider what impact artificial intelligence will have on the existing jobs.

What Are the Types of Artificial Intelligence?

AI, artificial intelligence, is the simulation of human intelligence by machines: they are programmed to perform human tasks, think like humans, and mimic other human actions. Though the technology is still being developed, it has numerous applications in our every-day life: it’s widely used in pharmaceutical and healthcare industry (its recent breakthrough was the development of covid-19 vaccine), finance, manufacturing, automotive industry, etc.

There are different classifications of AI. One of them divides it into two types: Type 1 is based on capabilities and Type 2 – on functionality. Type 1 includes:

As for Type 2, it includes the following:

Thus, despite the fact that artificial intelligence has already become a part of our everyday lives, this field is still under development, which will definitely lead to profound changes in numerous spheres of human activity, in particular, human jobs and employment.

The Impact of AI on Employment 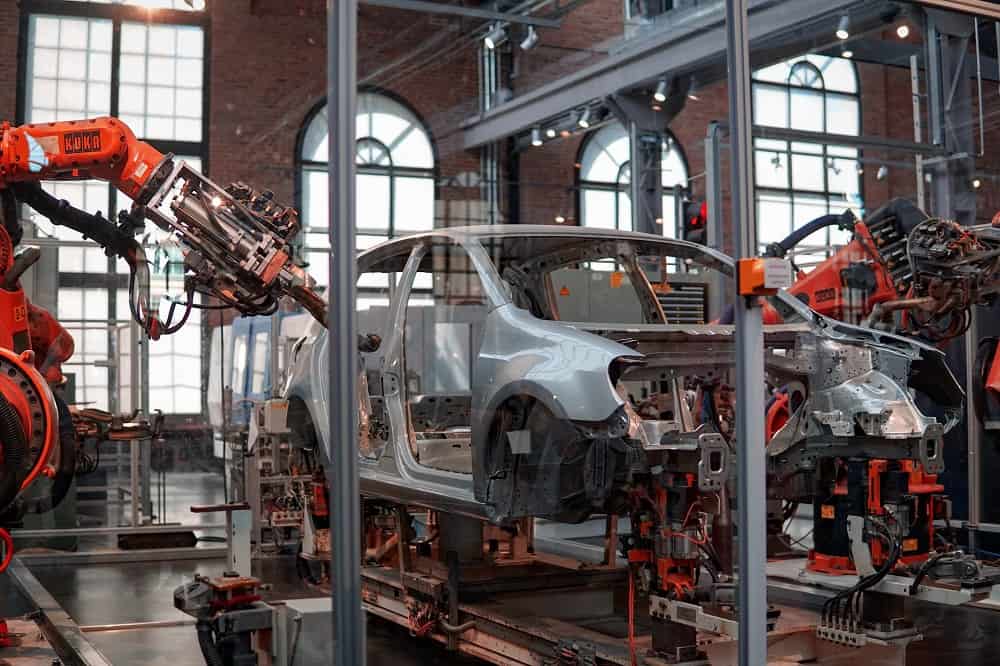 As artificial intelligence and robotics have penetrated into our lives, there is much concern now that they will replace humans and cause job losses. This fear is not without reason: for example, millions of people lost their jobs due to the pandemic, and their jobs were taken by AI and robotics. So, let’s consider how AI will affect human jobs.

Jobs that are at high risk for being replaced by AI

“By the year 2025, 85 million jobs may be displaced by a shift in the division of labor between humans and machines”.

According to The Future of Jobs report 2020 published by the World Economic Forum, by the year 2025, 85 million jobs may be displaced by a shift in the division of labor between humans and machines. Artificial intelligence replaces human jobs for a number of reasons. First of all, AI machines are less prone to errors as they don’t get tired or bored. Secondly, AI-driven machines can perform dangerous work, as they are not exposed to harmful effects of heat, toxic fumes, etc. and generally are more enduring than the human body. And finally, application of AI is cheaper over the long run despite its high costs. Thus, here are some jobs that will become obsolete due to AI implementation.

In a number of countries, the process of manufacturing and assembling goods has become for the most part automated making corresponding jobs redundant compared to the previous century. As time goes by, these processes are becoming empowered by AI technology, which makes them smarter and more efficient, so those workers are no longer needed.

All major car manufacturers are headed towards electric and self-driving cars these days. So, with the appearance of self-driving cars, it has become clear that the job of a taxi/bus/truck driver will become outdated. Self-driving vehicles can significantly reduce the number of traffic accidents as long as AI machines follow road traffic regulations and can’t fall asleep because of being too tired. The process of cargo traffic will also be significantly improved by self-driving trucks: they will deliver the cargo faster and safer compared to a trucker who has to stop for eating and sleeping, and cannot drive longer than 10-12 hours out of 24.

Currently, there are numerous instructions available on the internet, video guides, and bots that are capable of troubleshooting computer hardware and software, so a lot of companies are already using them. As AI technology becomes more sophisticated, these specialists may become no longer needed.

The list of jobs that are likely to be replaced by artificial intelligence is longer and includes mostly the ones involving mechanical actions and information analysis. There are also discussions about the future of such jobs as lawyer, accountant or customer service worker: a certain part of their responsibilities can be performed by AI, so some people predict those who work in these fields will become redundant. Other people argue that AI will only assist them in their work.

Jobs that are at low risk for being replaced by AI 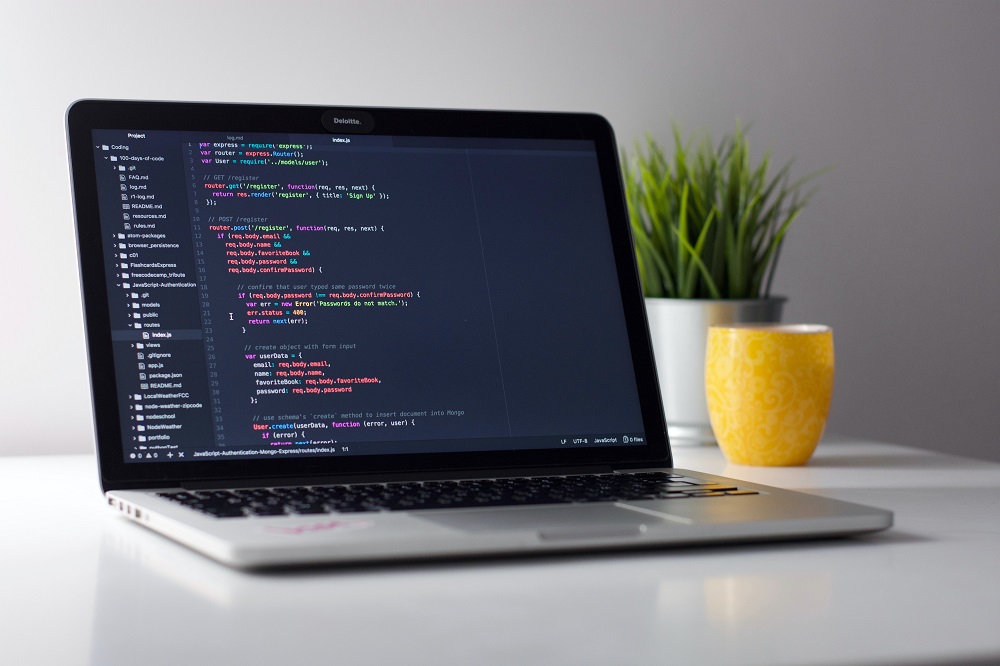 At the current stage of AI development, it cannot replace the jobs that require human reasoning, negotiation skills, emotional intelligence, and creative thinking along with the jobs related to information technology. Also, some of the jobs involve building relationships with other people or developing a complicated strategy – such jobs will also be performed by people. Finally, AI machines have to be programmed, serviced, updated, etc., which also requires human involvement. The jobs listed below aren’t likely to be replaced by artificial intelligence at least in the near future.

Of course, AI will have a significant impact on software development. There have been attempts to write a code by AI. However, this task can only be completed successfully when artificial intelligence becomes smarter than people. So, in the near future, software developers are not expected to be fully replaced by artificial intelligence, though the specifics of their work can change over time.

This job is usually associated with leadership and a set of corresponding qualities and skills that cannot be taught to machines. Besides, this set of qualities and skills is unique for every leader which is multiplied by their unique set of personal qualities. Also, chief executives develop a company’s strategy, mission, objectives, which is a complicated strategic work; motivate and inspire their subordinates. The most important skills for a CEO – judgement and decision making, critical thinking, complex problem-solving, persuasion – are unlikely to be possessed by AI machines.

So long as there will be people working, there will be the need for someone who will be responsible for staffing, developing organization’s policies, dealing with employee retention, their professional development and training, managing interpersonal conflicts, and so on. Such a job requires skills (communication, reasoning, negotiation, emotional intelligence, etc.) that cannot be replicated by artificial intelligence, at least in the near future.

Obviously, there will be the need for someone to create and program AI machines. Also, their job involves discovering innovative methods of implementing AI into companies’ work. Therefore, the increasing demand for AI machines will increase the need for specialists that could be mediators between the worlds of artificial intelligence and people.

These jobs require deep knowledge and understanding of such complex phenomena as human brain, psyche, behavior, which is now incomprehensible for artificial intelligence. Besides, these specialists must have certain skills that will enable them to empathize with their patients, show compassion, build trust-based relationships, and so on. Some parts of their job can be to some extent automated due to AI technology (assessment, analysis), but in general, the profession is considered to remain safe in the years ahead.

What about project managers?

“By 2030, 80% of today’s project management tasks will be performed by artificial intelligence”.

According to Gartner’s recent report, by 2030, 80% of today’s project management tasks will be eliminated, as AI will perform basic PM functions. Currently, there is a variety of project management software, including the AI-driven one. It provides great assistance to project managers, especially for a multi-project environment: starting from storing and collecting information and performing routine and repetitive tasks to selecting the right resources to assign to the tasks, predicting possible outcomes and assessing the risks. But the process of managing projects also requires human interaction: communication, negotiation, problem-solving, which in turn requires corresponding qualities and skills that are only peculiar to a living person now (e.g. communication skills, emotional intelligence, empathy, leadership skills, etc.). Therefore, AI is not expected to replace the job of a project manager, on the contrary – the use of technology can significantly improve their performance. Also, AI can reduce the number of human errors, which in turn will reduce negative risks and improve outcomes.

Read more: Top 10 Management Skills That Help You Succeed as a Project Manager 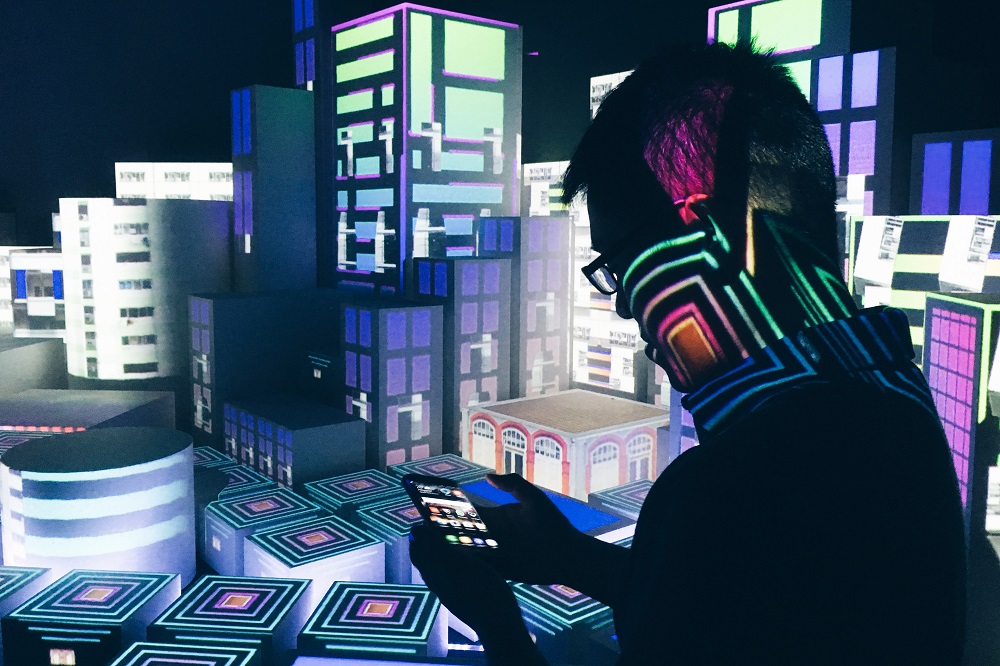 The future of human jobs still remains a debatable issue. For example, an AI expert Kai Fu Lee believes that 40% of all human jobs will be replaced by robots, and both blue and white collar workers will be affected. Elon Musk in turn is worried that AI can disrupt even whole communities and negatively affect low-income workers.

However, other sources claim that human work won’t be completely replaced by technology: the World Economic Forum in its The Future of Jobs report 2020 estimates that 97 million new jobs will be created across 26 countries by 2025. The most required will be specialists in digital marketing and strategy, big data, Internet of Things, AI and machine learning, as well as software developers, information security analysts, and others.

AI will perform automated, repetitive and dangerous tasks, and is expected to change the nature of work: leaving routine tasks to AI machines, workers will be able to focus on higher-value tasks involving interpersonal interaction. Such a prospect seems beneficial for both businesses and individuals who will have more opportunities to be creative, strategic, and entrepreneurial.

One more important thing stated in this report is that companies and governments must focus on employee’s upskilling and reskilling to be prepared for changing and new jobs: the employees must be prepared for an AI-based future and develop an AI-ready mindset. Also, they must develop their soft skills that cannot be replicated by AI.

Thus, no one can predict how artificial intelligence will evolve in the future. However, it’s undeniable that it will significantly affect all the spheres of our lives. So, it’s up to mankind to use it ethically and safely to help AI’s positive impact outweigh its negative consequences.