How to Overcome 3 Major Challenges in Managing Multiple Projects

What Prevents Your Multiple Projects from Achieving Success

The first and the biggest challenge we’ve noticed in teams working on several projects at the same time is overload. Even one overloaded employee may affect the whole project by blocking each subsequent part of the job, which may cause a chain of delays and even ruin the final deadline. As shown in Figure 1, when you commit the capacity of four people to a workload for eleven, your output will suffer. Upon reducing the workload, the output will definitely increase because team members will be capable of focusing on fewer projects, allowing them to collaborate effectively and experience less stress. Make sure that none of your resource groups is more than 10% overloaded. After the workload and output become balanced, lead time drops more than 70%.

Figure 1. Causality between load and output.

Our experience shows that overload leads to decreased output. This happens not only in the overloaded group but also in groups further along the process because of dependencies. And this is another challenge of multi-project management. Look at the above example again and you’ll see that the final output is showing the actual capacity of the group.

The third challenge of multi-project environments is setting task priorities. Without clear priorities, both project managers and employees can potentially put project success at risk. On the one hand, project managers are competing for workers in the shared pool of resources because they want to deliver on time. Additionally, some project managers treat their projects as the most important. One the other hand, employees may prioritize projects based on their intuition or personal preferences.

The figure below shows three ongoing projects with task dependencies and strict deadlines. Each team member can start their task only after a previous part of the job is completed. Which project should employee A start working on? We have three parallel tasks for employee A, which provide for six possibilities of what A should start with. But only one of these options will lead to finishing all projects on time. If employee A had five tasks in parallel, that would provide for 120 possibilities. In our case, the right order for employee A will be 3-2-1. Have you ever calculated how does task sequence influence your project success?

Figure 2. Which project should employee A start working on?

Overload, poor outcomes, and wrong priorities can be distressing not only for the employees involved but also for the company as a whole. In 2017, poor project performance led to $97 million wasted for every $1 billion invested, and in 2018 these losses increased to $99 million. Even though there are a number of tools on the market and the internet is riddled with multi-project planning hacks, they aren’t much help in dealing with these complexities. Businesses keep losing money. Our research led us to the conclusion that existing project management systems were based on a single-project philosophy.

Get Optimal Workloads by Managing Multiple Projects at Once

Since 2008, our team has been developing real-time project management software to help project leaders overcome the complexities of multi-project environments. Let me show you how the web-based Epicflow project management tool deals with overloaded resources, poor output, and wrong priorities.

Watch: Webinar ‘How to Manage a Multi-Project Environment’ by Jan Willem Tromp for PMI

We’ll start with checking the Pipeline to get an overview of all projects and their milestones. All unfeasible milestones are marked in red, indicating which projects need urgent attention, as you can see in the example below. Seeing future constraints helps you to reduce project risks and gives you a chance to take preventive actions today. 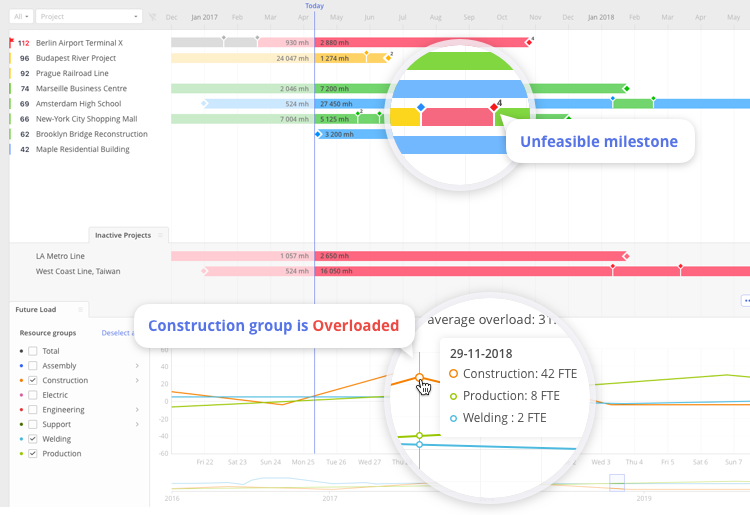 Figure 3. Example of the Pipeline.

To fix this bottleneck, we recommend checking the Future Load graph, which reflects the causes of constraints and spare capacity of resource groups. 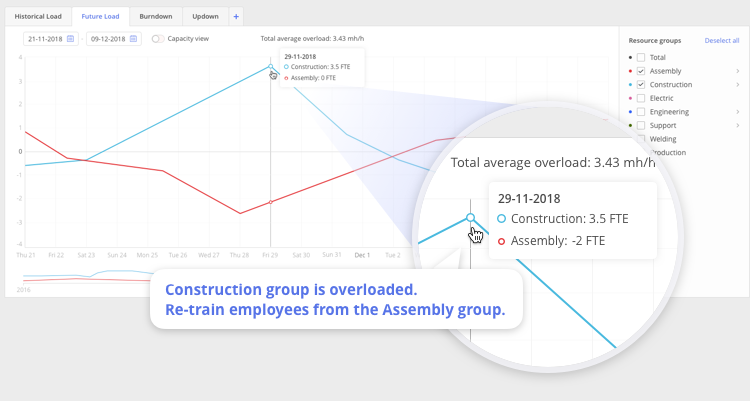 This example of a Future Load graph shows that the bottleneck is caused by overload in the Construction group. At the same time, we see available resources in the Assembly group who can help with construction tasks and balance the overall output.

The Historical Load graph lets you compare the load and the output of your teams and analyze their performance. This graph shows you the causality between the workload in resource groups and the output and gives information to help you better manage team performance in future. Be aware that your capacity is an assumption, while the output is your actual capacity. If the load line goes higher than output and capacity, it means that your resource groups are overloaded. 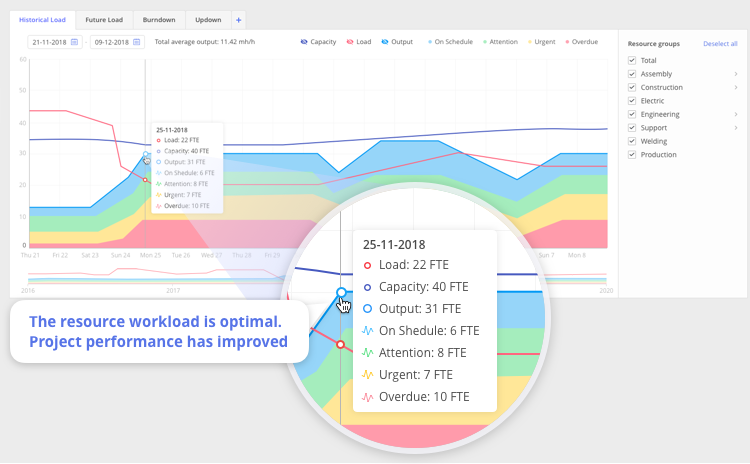 If the output and capacity lines are at the same level, then your team has been productive enough to reach the expected output.

A good way to reduce lead times is to sharpen the focus of your teams, which is what the Task List is meant to do. Epicflow brings high-priority tasks to the top and makes sure each of your employees knows what to do next. When a team member marks a task’s status  as done, the system immediately shows that information and keeps everyone up to date in real time. 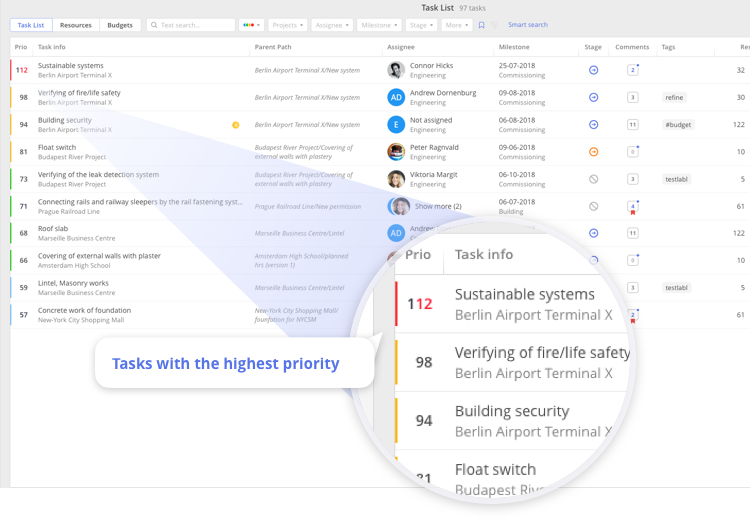 With the help of the Task List, you can finally stop fighting for resources in your organization because Epicflow automatically suggests the best possible combinations of task priorities out of all tasks across all your projects in real time.

This Epicflow functionality has helped TKF, a leading supplier of connectivity solutions in the Netherlands, to increase output by 200% and reduce lead times by 50% in two years. TKF integrated our multi-project management tool into MS Project in order to enhance it for their multi-project environment. Epicflow also integrates with Primavera and Jira, helping to resolve complexities in the construction, manufacturing, shipbuilding, and software development industries. Since 2018, Epicflow can also be approached as an independent tool and is always available on smartphones running Android and iOS, giving project experts access to all of their updates, tasks, and results at the touch of a button.

Now ask yourself: How often are my projects at risk of failing due to the wrong priorities, overloaded employees, and poor output? Get in touch with us using the form below and we’ll show you how to succeed in your multi-project environment.

Jan Willem Tromp, who has over 25 years of experience in the field, is doing PhD research on multi-project management at the Open University in the Netherlands. He started his career in production at the Dutch aviation company Fokker Aircraft and has worked for the German manufacturer Beiersdorf, Dutch automation solutions provider Van Meijel Automation, and Lankhorst Taselaar, the leading wholesaler of marine products in the Benelux countries and Germany. He is currently a managing partner at GLOW Management. Jan Willem Tromp’s and Albert Ponsteen’s findings have provided the basis for the Epicflow algorithm.