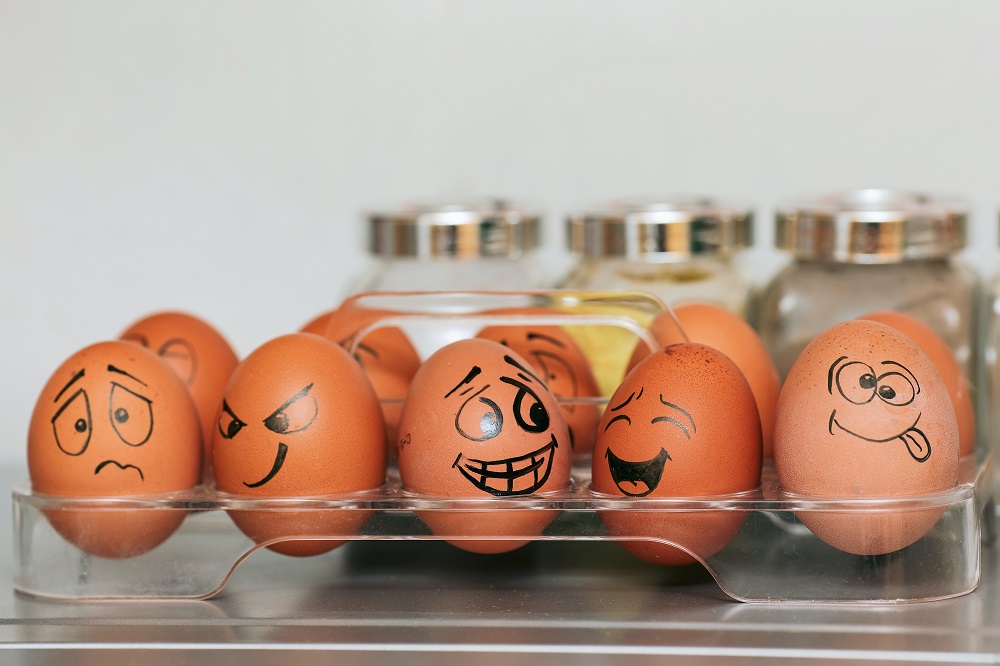 Emotional intelligence has been a buzz phrase for a couple of recent years with hundreds of courses, webinars, and thousands of tips on how to improve it. But why does anybody has to work on it? Let’s try to figure out how emotional intelligence can help your team operate as a unified system.

What Emotional Intelligence Really Is

Emotional Intelligence, or emotional quotient (EQ), is a human ability to recognize, comprehend, apply, and manage one’s own emotions, as well as the emotions of other people, and respond to them in an adequate way. The goal of EQ is to help a person interact with others, resolve conflict situations in an easier way, or even avoid them, relieve stress, and in general to manage their own emotions and react to others’ emotions in such a way to get better outcomes of any activity.

According to Talentsmart’s research, employees whose EQ level is high, make an average of $29,000 more than those with low EQ level annually.

Read more: What Do Companies like Apple, Amazon, and Google Look for in Project Managers?

According to Daniel Goleman, the author of the book “Emotional Intelligence: Why It Can Matter More Than IQ”, emotional intelligence covers the following five characteristics: 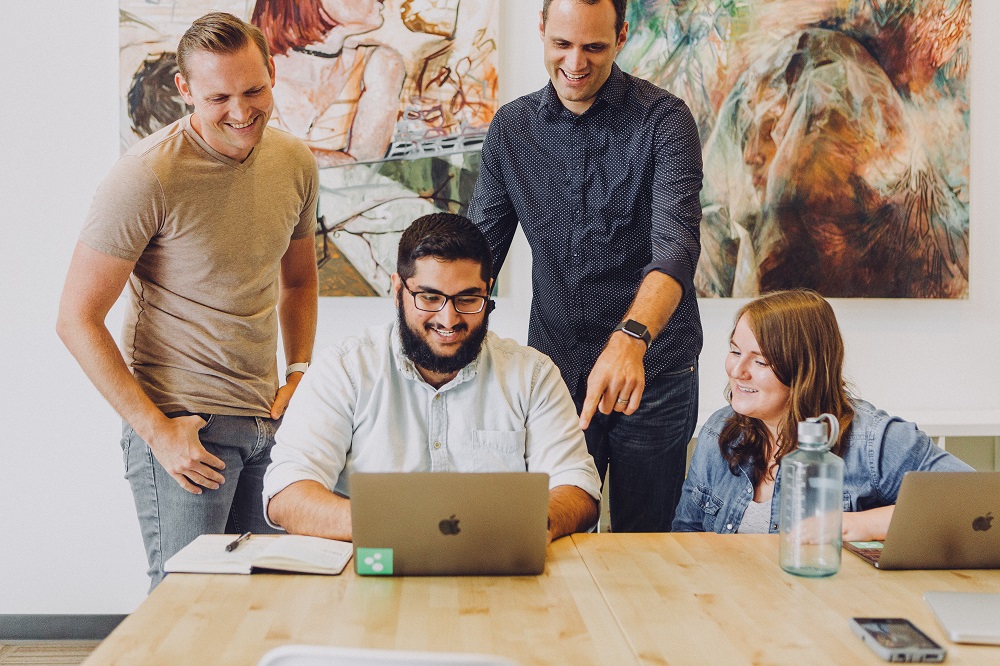 People working for a company are usually divided into departments whose aim is to reach a shared goal. But what’s common between a group of people and a team?

Having discussed the main characteristics of emotional intelligence, let’s see how they manifest themselves through the example of the whole team.

A good example of the significance of teamwork is team sports. Sportsmen spend most of their time on group workouts for a good reason: they must act as a cohesive whole to win. Teamwork is a complicated process. A person can hardly be a great team player without corresponding knowledge, skills, and experience. There’s no doubt that individual abilities and knowledge are extremely significant but everyone understands that many businesses exist thanks to well-coordinated work of all team members who unite their forces to reach a common goal. As stated in many business resources, today CEOs tend to hire people with mature EQ rather than high IQ. It’s easily explained by the fact that IQ won’t help people interact but EQ will. Every team member has their own duties and their role in the teamwork. Altogether they make up a puzzle which wouldn’t work if anybody isn’t engaged.

Communication as a Way to Avoid and Resolve Conflicts

Conflicts happen every day in any kind of activity. But what matters is making sure they arise not too often, don’t harm the team’s productivity, and are resolved successfully. If they happen frequently in a team, employees’ energy and time are wasted on unnecessary emotions and activities. Besides, working in a stressful environment won’t bring any success and won’t result in good outcomes. What’s more, if people who work closely can’t find common ground and reach a consensus, arguing and getting their way, task completion will definitely get delayed.

According to the survey, the lack of open communication is the most important factor that negatively affects teamwork morale. To avoid or resolve conflict situations, a team should have a rule: always discuss any issue without hiding or ignoring their own and others’ opinions. Emotional intelligence will definitely help them come to an agreement.

Competitiveness VS Motivation and Assistance

Healthy competition is what makes people get better and encourages self-development. But if a team is characterized by the atmosphere of envy, it will be rather difficult to reach general positive outcomes because everyone will be focused on themselves and their rivals. Such a team can’t be called emotionally intelligent.

On the contrary, team members with a high level of EQ seek to help one another to get better results of their common work. As has been stated above, emotionally intelligent people are motivated and own empathic abilities. Therefore, a high-performing team is a unity where employees are motivated to help each other, understand and accept other people’s positions and points of view if it brings benefit to their joint business.

On the other hand, emotional intelligence starts on a personal level. If an individual is not self-aware, can’t control their emotions and feelings for their own sake and for the sake of what they’re doing, there’s no place for them onboard. Such people block teamwork. Therefore, you as a leader should properly examine a candidate’s soft skills when hiring. Otherwise, you won’t have a high-productive team, as it will be comprised of unaware individuals who don’t understand not only others but also their mission and themselves.

How to Improve Your Team’s Emotional Intelligence 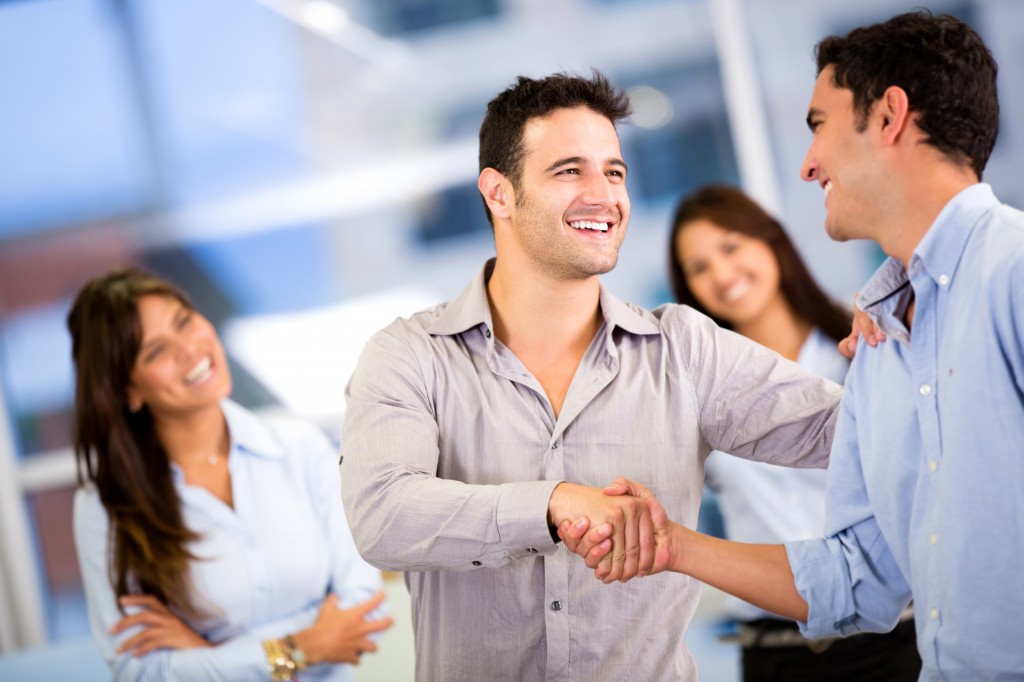 Focus on Your Own Self-Development as a Leader

The next step on your way to improving the level of your employees’ EI is assessing their strengths and weaknesses. Melinda Fouts, Ph.D. Forbes Councils Member, suggests evaluating the following competencies that in the unity comprise person’s self-awareness which is a core characteristic of EQ: assertiveness, confidence, flexibility, independence, optimism, problem-solving skills, strong impulse control and interpersonal skills. You can assess these competencies in many different ways: by evaluating their job results, by observing the way they work and interact, by having interpersonal and general meetings, or during off-office hours.

Providing feedback is an essential part of your assessment and interaction with your team in general. Employees have to know what you think about the way they work, the results they get, and the benefits they bring to the common goal.

Besides, you can make valuable conclusions by the way people react to your feedback. According to The Guardian, an emotionally intelligent personality perceives constructive criticism adequately and learns from their mistakes.

Work on Their Emotional Intelligence on Individual Level

To be a trusted and respected leader and to have an impact on your team, you should focus on your subordinates. If you want to have a dream team, get to know everyone individually. In such a way, you will understand their behaviors and causes of their mistakes better and will have an opportunity to improve their performance. You can have weekly personal conversations after general meetings with those who have some troubles with their tasks or communication issues with colleagues. By having such short personal meetings you will not only show your empathy to an employee in need, help them resolve their issues, but also demonstrate a great example for other members.

Besides, a psychologist is an absolutely great idea if you want to have a really emotionally intelligent team, and especially if you notice some gaps in your team and can’t improve the situation by yourself. By means of group and individual sessions, meetups, lectures, and webinars a psychologist will find an approach to every team member to develop necessary qualities in them. A psychologist can also provide you with some useful recommendations on how to behave in touchy situations with your colleagues and how to influence the team’s EQ.

Make Your Employees a Real Team

Team building activities are a great prerequisite for healthy relations in a team. People who work together should know each other not only as employees but also as personalities to be able to share their thoughts, ideas, and feelings with one another in an easy way. If there are no friendly and trustful relations in a team, conflicts can be much more serious and their resolution can be much more difficult, even if every team member has a mature level of EQ. Encourage them not only to be colleagues but also to try to know each other better and spend more time together. And if you can share this time with them, the results can be even greater.

Therefore, if you want to have your team work like a well-oiled machine, dwell upon the need to improve their emotional intelligence. If your employees can manage their emotions, interact with others, express their ideas and at the same time accept other people’s arguments and points of view, their collaboration will bring much more positive outcomes and in a faster way. But of course don’t forget about your own self-development, because an emotionally intelligent team starts with the leader.

Do you work on your own and your team’s EI?